5 Star Review – “Holy Mother of Men! Hands down the best book of the series and Garrett is definitely one sexy beast!” – Fictional Rendezvous Book Blog

5 STar Review – “OMG! So let me start off with this amazingly gorgeous cover! I have to say that this one is hands down, without a doubt my favorite of the series (although I love them all), but the only thing that would have made it even better is just a little more #GroinCleavage.” – Whoo Gives a Hoot

5 Star Review – “This book was so, so yummy. The sexual tension between Garrett and Charlie is insane and when they finally give in to their desire, the sexy times are melt-your-kindle HOT!” – ViolinVixen

Time to get a life.

Time to start over.

Time to move beyond the past.

The guys in the Single Dads Club would tell you it was time years ago, but until recently, the risk of hurting my little girl outweighed the benefit of getting a piece of ass.

Now that I have a tween daughter on my hands? It’s becoming more apparent with every poster hung on the wall, every fight over wearing make-up and every uncomfortable conversation about puberty, that at least one of us needs a female touch in our lives.

Jesus. I can’t even think the words ‘female touch’ without thinking of her.

She’s everything I shouldn’t want, but someone needs to tell that to my damn libido because every time she’s around I have a constant case of blue balls.

There’s a list of reasons why I shouldn’t give into what I feel—she’s my best friend’s little sister, she’s seen me at my most vulnerable, and the biggest one—she’s the first person in twelve years who has the potential to break me.

Piper Rayne is just awesome! These two authors, whoever they are, have come up with a magical formula for marvelous books. Sexy Beast, Single Dads Club #3, is wonderful. A book with all the feels and that makes me laugh, ah, yes please.

Garrett is my favorite of all the Single Dads. His back story is tragic to say the least, but he is, well, a Sexy Beast. Charlie’s not crazy for wanting him, but he’s nuts for trying to resist.

Garrett and Charlie’s story is a long time in the making, since they’ve known each other since childhood. But Charlie is not going to let Garrett use that as an excuse. She knows what she wants and she’s going after it.

The last part of this book is swoon-worthy. Piper Rayne wrote an ending to this series that will leave everyone with a smile on their face and happiness in their heart. 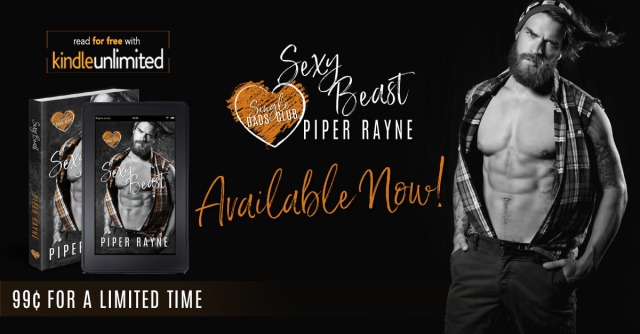 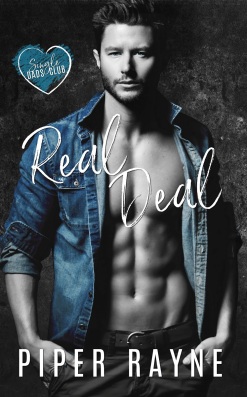 We end up in the teen area and I’m amazed at the selection. No more just white, tan, and cream cotton bras with a pink bow in the middle. This stuff is actually fun and fashionable.

“I’m loving these bralettes.” I put one up to my chest. A chest that would most definitely be pouring out of one of these.

“They’re all so cute, I can’t decide,” Sydney says from inside the fitting room.

“I love the mint green lace one that criss-crosses,” I say, sitting down in the chair.

“Me too, but there’s a rainbow striped one that looks like a unicorn that’s awesome, too.”

Sydney’s usually been so quiet and reserved when I see her, but seeing this side of her is nice.

“Well, let’s get four to start you off. So, get those and pick two others.”

My phone chimes with a text and I look down at it in my hand.

Garrett: Buy something for yourself as a thank you for what you’re doing.

I smile, my thumbs typing out my response before I can think better of it.

Me: You can pick it out if you’d like.

I imagine his cheeks reddening and him running his hand along his beard. Was that pushing the envelope too far?

Garrett: Send me a picture and I’ll okay it.

Apparently not. I smile to myself.

Me: Would you prefer me to model it?

The three dots appear and then disappear and reappear again.

I second-guess sending the cheeky text and quickly brush off my unease. What’s a little flirting between friends? If you can even call us that…

“Syd, are you good?” I ask, still staring down at my phone as the three dots continue their disappearing act.

“Yeah, I have about six more to try on.”

“Okay, I’m just going to look around the store.”

I head into the store, finding a black push up bra and see-through panties on display. Snapping a picture, I send it off to Garrett.

Again, the three dots appear and then disappear.

Garrett: Whatever you like.
Me: I’m undecided on this set or…

Before I can even take a picture, he responds.

I snap the picture of a red lacy half cup demi bra and thongs panties.

Garrett: Enough, Charlie.
Me: Maybe I should model them for you?
Garrett: Vance would kill me.

Garrett: Just buy both then.

Me: I don’t want to spend all your money. I’m happy to have you be the decision maker.

Garrett: I have enough money, buy both.

I laugh to myself and decide to head back to the dressing room to check on Sydney. On the way I see a pink bodysuit with a slit down the middle that reaches all the way down to the naval. It’s lacy and see through. I snap a picture.

Me: Maybe this would be more flattering on me?
Garrett: Jesus. How the hell am I going to hide this hard-on in the FOOD COURT?

Me: Is that a compliment?

Garrett: Take it however you want.

Me: I’ll take it as a compliment. As long as it’s me you’re imagining in the lingerie and not someone else.

Garrett: You know exactly what I’m envisioning. Vance would string me up by my balls if he knew.

Me: Vance is in LA and I’m a grown woman, remember?

Garrett: I don’t have to remember. I see your grown womanhood every damn day.

“There you are,” Syd says as she comes up alongside me.

“Oh.” The phone drops from my hands and falls to the floor. “How did you do?” I bend down to pick it up.

“You okay?” Sydney’s eyes widen. “Your face is flushed.”

“I’m fine.” I shove my phone in my back pocket and eye her items. Cute and preteenish. “Perfect, so you’re all set?”

“Um…yeah.” She’s still eyeing me skeptically but seems to let the topic go.

Sydney glances at the bodysuit her dad and I were just discussing.

“Eyes forward.” I snap my fingers in front of her face and her head turns in my direction.

“Um…okay,” she says with a strange look on her face, but follows me to the register anyway. 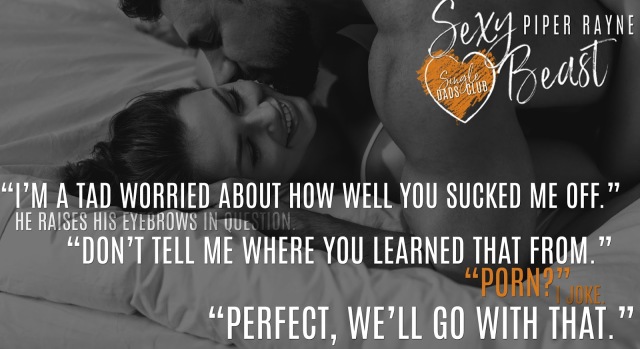 Piper Rayne, or Piper and Rayne, whichever you prefer because we’re not one author, we’re two. Yep, you get two established authors for the price of one. You might be wondering if you know us? Maybe you’ll read our books and figure it out. Maybe you won’t. Does it really matter?

We aren’t trying to stamp ourselves with a top-secret label. We wanted to write without apology. We wanted to not be pigeon holed into a specific outline. We wanted to give readers a story without them assuming how the story will flow. Everyone has their favorite authors, right? And when you pick up their books, you expect something from them. Whether it’s an alpha male, heavy angst, a happily ever after, there’s something you are absolutely certain the book will contain. Heck, we’re readers, too, we get it.
What can we tell you about ourselves? We both have kindle’s full of one-clickable books. We’re both married to husbands who drive us to drink. We’re both chauffeurs to our kids. Most of all, we love hot heroes and quirky heroines that make us laugh, and we hope you do, too.