Him & I, an all-new sexy, standalone romance from debut author Melody Eve is available NOW! 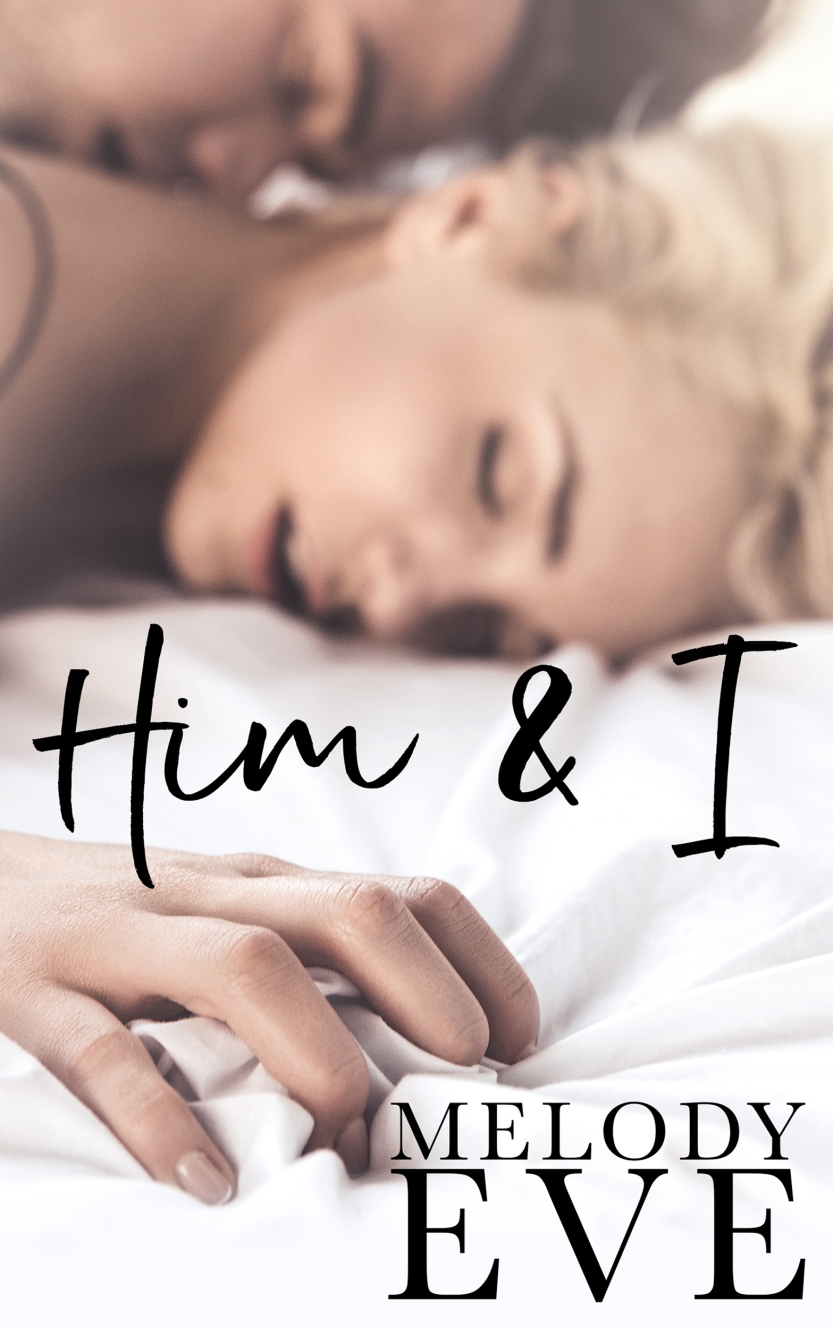 Love is a risk.

Roman has never been willing to take those odds, until now.

A beautiful stranger, overheard telling the desk clerk she’s on her honeymoon alone, arouses something in him. Something primal. Something protective. He finds himself doing and saying things he swore he never would in an effort to understand the pain in Aria’s sensual eyes.

His scars are so deep, they may never heal.
His need for control is ingrained.
His desire for her is unparalleled.

The challenge of winning her may be the biggest risk of all.

I’m not really sure how to review this book. There was some things that I liked and the. Some things I really struggled with. Roman and Aria were pretty much an instalove type gong and I didn’t have an issue with that. I thought it was sweet and predictable but cute. The banter between the two was great also. The sex was hot and I love that Roman could be domineering, but at the same time he was caring.

Now on to a few of my issues… I Disappointed that the blurb led me to believe that we would be in his head in the book, at least a little bit as the story went on it was hard to connect and really feel sympathy towards him even when we find out about his past. I needed to be in his head. It wouldn’t have really messed up the story if we had been in his head some. Also, Some things didn’t add up, like she was supposed to meet someone for dinner and had an accident but there was no follow up on either of their end, it had me wondering the whole way through.

The end of the book said this will be a duet….. but it was an ending for them. I guess the author can draw out more and add more drama to their lives. I’m not sure right now if I will read it or not. This is this authors first book and I would be willing to read more because she’s very creative, I’m just not sure if I want more about these characters. 3 stars #2OCCJD 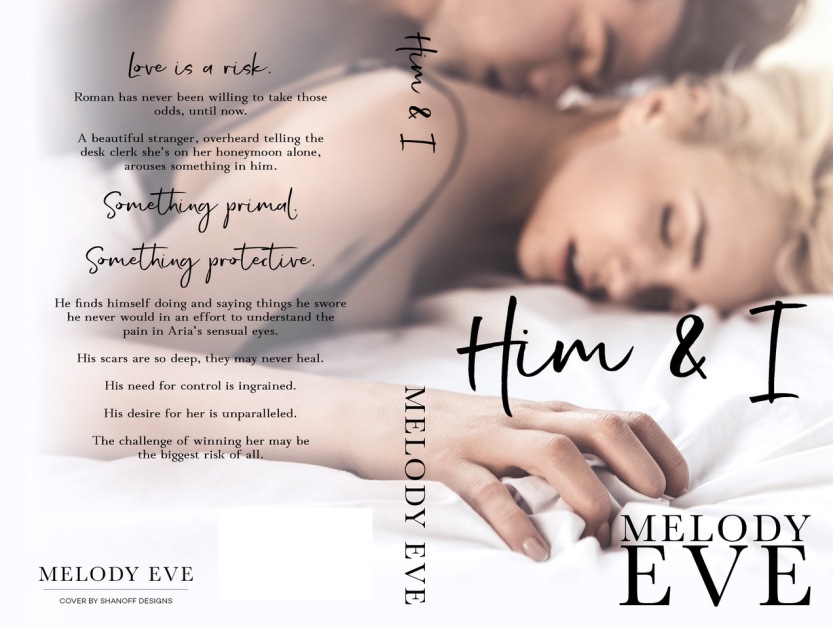 “Don’t think you can play me that easily, Ms. Savage. I’m the master, and you’re still learning the game.” He stands and slips his tie off folding it neatly. Then he leaves me there hot and bothered and disappointed beyond belief. How dare he!

What does he mean he’s the master? And what game is he referring to? I was just flirting hoping for a repeat of this morning out here on his patio, a little exhibitionism. I wasn’t playing at anything.

I wasn’t then, but I am now. He likes to control. I’ve witnessed it on multiple occasions. It’s time to take that away from him and see how he likes it.

I stand and strip off my tank top, step out of my skirt, and kick off my flip-flops. I round the table and push through the gate separating his patio from the sandy, sparsely inhabited beach. I’m still sporting a thong but absolutely nothing else. I don’t know if it’s a topless beach, and I don’t care.

I stretch my arms over my head scooping my hair into a fresh messy bun and wrap the rubber band from my wrist around it just as my feet touch the edge of the water.

“Aria!” Roman’s voice booms from behind me. I turn with a wicked smile and see him standing still in his suit pants and dress shirt holding up my top and skirt with fury in his eyes.

Bingo, now let’s see who’s the master and what game we’re playing. He catches my expression and lowers his gaze to my naked breasts. Right before my eyes, I watch him turn into a lunatic. Face red, veins bulging and pulsing from everywhere, he throws open the gate on the patio and storms through the sand in his thousand-dollar shoes and ten-thousand-dollar suit.

But I’m safe in the water, or at least I’m pretty sure I am. I wade out deeper feeling more secure but only for a moment. My eyes go wide when he storms into the ocean dressed from head to toe with the look of an enraged maniac on his face.

Nerves scramble my brain, and I laugh as I swim further away from him. My depth is of no concern to this man full of possessive insanity, in fact, it may be propelling him.

“Aria, come here this instant! This isn’t a nude beach. It’s not even a topless beach for Christ’s sake!” he yells before diving underwater in my direction. Oh my God, for the first time since I let spontaneity take over, I worry about the repercussions of my actions.

What will he do when he catches me? He will catch me of that I am sure. I can see crazy in his eyes. He’s angry, and I am wild. He is possessive, and I need to be free. He is controlling, and I am rebellious.

I dart to the right, but it’s too late. His hand closes around my ankle, and I take in a huge breath right before he pulls me under. I can’t see him, my eyes are closed because of the salty water, but his hands are around my waist hauling me to the surface.

“Are you out of your fucking mind, woman? Somebody could have seen you.”

I try to blink the water from my eyes since he has my arms pinned to my sides. “So?”

“So? You just finished telling me that you’re mine while we are here, and in case you haven’t noticed, we are still here!” he shouts, and I recoil. I’ve never been shouted at by a man, especially right in my face.

I roll my lips inward and hold my breath unsure of what to say or do next. It turns out I don’t have to say or do anything. He turns toward the shore and starts walking us in that direction pushing through the water with such force it leaves a wake behind us. I know, I looked!

He turns me in his arms so that my front is plastered to his hiding my breasts from onlookers’ eyes of which there are only two—an elderly man and his wife sunning in lounge chairs a couple of doors down. I wave at them, and the woman waves back smirking in solidarity.

Roman is overreacting. I’m naked, so what? Women all over the world sunbathe topless and nude. He’s acting like I committed a felony.

“Stop fraternizing with the neighbors,” he growls. How did he know I waved?

“Oh yeah? You’re not swimming naked anymore, are you?”

“Because you hauled me out of the water like a sack of potatoes!”

“A sack of potatoes has more sense than you right now.”

“I don’t like your defiance,” he says storming through the patio doors with his clothes dripping water all over the carpets. He doesn’t stop to put me down. Instead, he makes a bee-line for the bedroom. Goodie!

He tosses me on the bed, and I laugh. I can’t help it, he is being so absurd. “You’re a caveman, Roman Forrest. You know that, right?”

He closes the door to the bedroom.

He shoves his hand through his silky black hair and unbuttons his wet shirt.

I pull a sheet over myself suddenly feeling exposed and nervous.

“You don’t own me, you know,” I say, but he says nothing and walks in his squishy shoes to the edge of the bed and yanks the sheet off the bed.

“You wanted to be naked so bad, why the sudden modesty?” he snaps.

“Because it’s my body to do with as I please. I wanted to skinny dip out there, and now I want to cover myself in front of you. You’re acting like a loon.”

“I’m acting like a man who doesn’t want to share his woman with the whole fucking world!” He unzips his slacks and shoves them down along with his black boxer briefs. He kicks off his shoes and socks and crawls up the bed pushing me down to hover over me.

Unsure of how far to go, I lower my voice but stand my ground. “I’d hardly say that grandma and grandpa are the whole world, and since when am I your woman?”

“Since the first time I put my mouth on you,” he says and lowers himself down to take my mouth in a rough, demanding kiss. My toes curl, my belly flips, and I fight the urge to wrap my arms and legs around him for oh, maybe two seconds, tops.

Amazon US I Amazon Universal 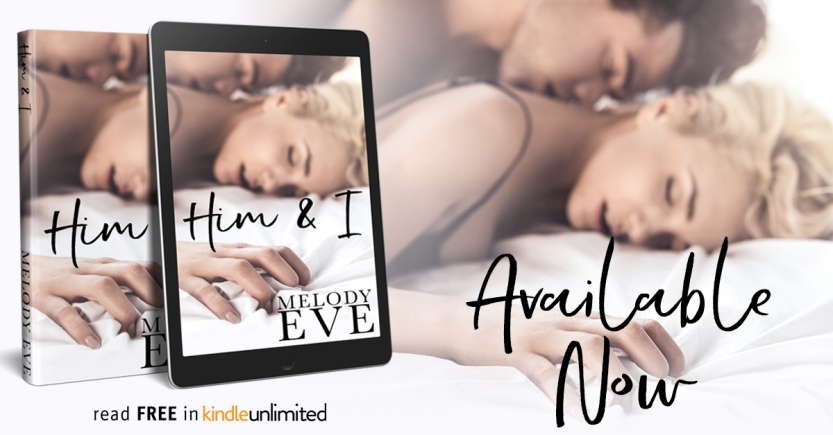 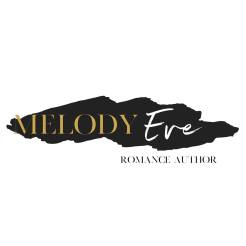 Melody Eve is a Midwestern mother of five children and five fur babies. She is a contemporary romance author who loves writing sexy Alpha male heroes and smart, passionate heroines. Keep your eyes open for Melody’s new release, Him & I on Amazon in 2018.